Gayle will discuss the Boniuk Institute’s educator professional development program and how they have expanded the scope over the past few years to also include English Language Arts along with social studies content. Gayle will share insights and recommendations from her work with Houston Independent School District Social Studies and English Language Arts teachers.

Gayle Pagnoni, Program Director, Boniuk Institute for Religious Tolerance, Rice University, conducts K-12 religious literacy education, research, and engagement since 2016. Bridging collegiate and secondary spheres of education, she provides professional development in the academic study of religion for teachers, religious literacy curricular resources, and curriculum consultation. Her work has reached districts in Texas, across the U.S., and in several countries. Gayle chairs Texas Council for Social Studies Professional Learning Committee, serves on NCSS Government and Public Relations Committee, and is in her second year as a Member at Large for the Religion SIG at American Education Research Association. Gayle is a former collegiate professor of religion and secondary educator, having served as Chair of the Religion, Ethics, and Philosophy Department at Palmer Trinity School in Miami. Throughout her teaching career, Gayle has taught the religions of the marginalized and oppressed in the Americas, and their causes for social justice, liberation, pluralism, and peace. She was inducted into the Collegium of Scholars at Morehouse College in 2018 for her work in diversity, equity and inclusive multicultural education. Gayle holds a doctoral degree in religion, Master’s degree in Latin American and Caribbean studies (emphasis sociology), and undergraduate degrees in anthropology and international relations. She specializes in religion in the Americas, race/ethnicity, immigration, globalization and environment, the Abrahamic traditions, Christian diversity and new religious movements, including the Church of Jesus Christ of Latter-day Saints. 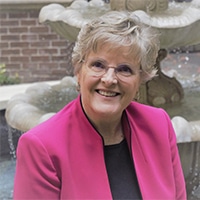 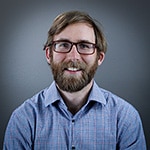 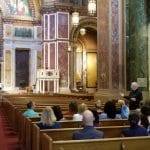 Wednesday, February 23, 2022 — A panel of educators from Montgomery County Public Schools (Maryland) will discuss their experiences of professional development about religious literacy. 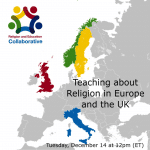 Teaching about Religion In Europe & the UK

December 14, 2021 — An international panel of scholars will provide an overview of how several European countries teach about religion