How did you initially get interested/involved in the field of religion and education?

I grew up in a minister’s family so religion was woven into everything we did. Very early on, I began to notice and question why we did and believed some of things we did while many others did not. There was an implicit judgement that we were right and “they” were wrong. In much of my undergraduate and graduate work I was drawn to try to understand the differences among religions and their relationship to culture, society, and our identity. My master’s thesis in history, for example, examined the work of Christian missionaries among indigenous Alaskans—how they organized their work and interacted with the Natives. It was not until the 1990s that my focus narrowed to issues at the intersection of religion and education.

My work at the University of Northern Iowa since arriving in 1988 included teaching in a postsecondary education and student affairs graduate program. As I tracked the developments in that field at that time, I noticed increasing attention being paid to multiple aspects of diversity and to a growing literature in college student development. One thing I observed in this field and in public university programs across the country was that, aside from a religious studies program or department, there was only scant attention being paid to religion as an aspect of diversity in public university organizations (I use the term organization to include units within and outside academic affairs). For the most part, religion was left to faith-based campus ministry groups. Within this literature and these organizations there was a rightful focus on race, ethnicity, sexual orientation, and more, but little or nothing related to religion or spirituality. This was despite the fact that many students were bringing those values from their families with them and that those values were a formative part of their identity, at least at the beginning of college. Additionally, life outside of the college classroom—the arena of student affairs—noted religious, moral, and spiritual development as integral according to the founding documents of the student personnel field since 1937. And further still, religion was playing an increasingly significant role in public life gaining an even higher profile after 9/11 and contemporary political activism.

Fast forward through a series of events and connections to 2000 when I was invited to take over as editor of Religion & Education, a journal initially oriented primarily toward issues in religion and K-12 public education. I agreed with the understanding that I could extend its scope to include public higher education. Some years later in 2011 I worked with Routledge Publishers to initiate a book series on Research in Religion and Education, again with a scope of public K-12 through higher education.

What are you working on right now?

What is something that people might be surprised to know about you?

I trained to fly single engine airplanes and flew solo several years ago.

What are you reading (for research/teaching and pleasure) right now?

I usually am in the middle of a few books at a time. I’m currently reading Lewis Menand’s new book, The Free World: Art and Thought in the Cold War; George Marsden’s newly published update of his classic The Soul of the American University Revisited: From Protestant to Postsecular; and for fiction, Klara and the Sun by Kazuo Ishiguro.

What is your most recent professional accomplishment?

I was honored to give a keynote address for a symposium of the University of Minnesota’s Religion and the Public University Collaborative on “Religion’s Role(s) in Re-negotiating the New Educational Commons.” (https://rpuc.ias.dash.umn.edu/)

How long have you been a member of the Religion & Education Collaborative?

Are you interested in research collaboration? If so, in which topical areas?

I’m currently involved in a research collaboration with Alice Chan and Nat Walker that will be engaging me for the better part of a year.

Would you feel comfortable if REC members contacted you about your research or teaching?

Absolutely!  The best way to reach me is by email:  [email protected]

The Member Profiles column spotlights REC members so we can learn about one another, share our accomplishments, and build our community through new relationships and connections.  This is a great opportunity to spread the word about a new project or publication and get to know members across the network. If you are interested in being featured in this column, please reach out to Liz Pope ([email protected]). 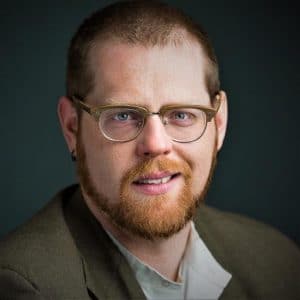 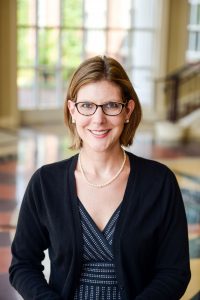