Call for Chapters: Religion, the First Amendment, and Public Schools

In the collective memory of the land that we now call the United States of America, Pilgrims came to the “New World” seeking many things,  one of the most salient pursuits being religious freedom. This memory recalls that since the Pilgrims’ arrival, millions of people from around the world have come to America, finding a welcoming melting pot. A place where all are free to follow their own beliefs and practice their own faith. Historical record, however, is at odds with this collective memory. Our past is full of documented cases where the normative religious culture of Anglo-Protestantism has treated groups ranging from Indigenous peoples and enslaved Africans to Asian, Middle Eastern, and Latin American immigrants as savage, subhuman, inferior, heathen, unequal, subversive, or civically immature by virtue of their individual religious or spiritual identities. In recent years, our nation has seen a drastic increase in religious hate crimes, particularly against Muslim communities, as well as members of the Jewish faith.

This contradiction between an ideological commitment to religious freedom and the reality of religious intolerance indicates a critical need for teaching religious literacy. Students should learn about where our nation has been regarding the ideal and the reality of religious freedom and diversity in effort to close the gap. They should engage in dialogue on religious diversity and freedom to combat intolerance and to work with people of different religions and beliefs with civility and respect. We wonder if public school educators are prepared and ready to undertake this prodigious task? Literature reveals that many teachers avoid teaching about religion, or worse, privilege one religion over others. Academic study of religion or discussion of racial discrimination is rare in most schools. Meanwhile, school events, activities and cultures tend to privilege Christianity (Saylor, An, & Buchanan, 2021). This may be partly due to teachers’ confusion or lack of awareness regarding the First Amendment and their role as public school teachers. It may also be related to teachers’ religious identity. Regardless, avoidance of teaching about religion or privileging any religion over another or religion over non-religion harms all students by leaving them ill-equipped to combat religious hate crimes and intolerance.

This edited volume seeks to deeply explore and learn from the field about challenges and possibilities related to teaching about religion and religious literacy in K-12 schools and teacher education classes. The stories of educators, students, and parents with varied religious and intersecting positionalities will help us reconsider the issues surrounding religion in public school and reimagine education to be the change, not the problem of religious intolerance and discrimination in our country.

At this time, we are soliciting potential authors for the volume. Feel free to email us if you have questions or suggestions.

If you are interested in being a part of this edited volume, we request that you submit your chapter title and a 250-word abstract on this Google form by January 31, 2022. Shortly after January 31, we will finalize the proposal and send it to Teachers College Press. Please email us with any questions about the book or the Google form. 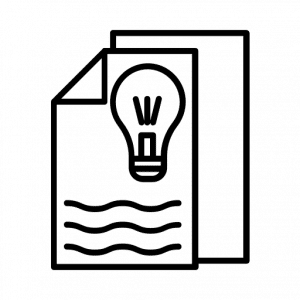